TouchIT Technologies is pleased to announce that we have launched our Just Cast IT Software. 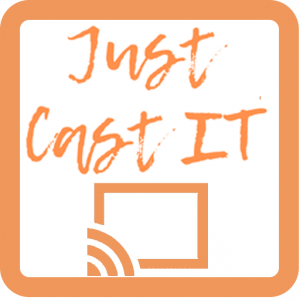 Just Cast IT gives our users the ability to screen cast multiple computers up to the LED in real time. There is no need for any additional hardware and there is also nothing to install on the computers you want to cast, just the App on the TouchIT LED.

Cast & Multi-Cast to your TouchIT LED

Casting and Multi-Casting is the ability to send a screen from your PC, MAC, Chromebook or Linux machine wirelessly to the Interactive LED.

With Just Cast IT, there is nothing to install on your computers. Simply open the App on the LED, then head over to www.justcastit.com. There is no limit to the number of computers you can cast at the same time.

During these uncertain times, it is quite fitting that Just Cast IT allows you to cast remotely to a TouchIT LED as well. What this means is that if a teacher for example was delivering a lesson via video conference, they would also be able to see what their students were doing remotely from their own homes by using the Just Cast IT App.

Cast multiple student’s screens in real-time on the LED

Cast multiple screens at the same time onto the LED. This is a great feature to be able to compare what participants are doing on their devices at the same time, in real-time. You are not limited to any number of screens on the LED; you can have as many as are in your session. Simply scroll up and down the Multi-Cast Window to see your different participants.

It couldn’t be easier!

Double tap on a users screen that you want to make full screen. To change users, tap on the screen and choose the X icon at the bottom right hand corner of the screen. You can then switch to the next participant.

You are able to add everyone to a Multi-Cast window or select a number of participants for multi-casting. Simply click on the “Add to Multi-Cast” slider and then click the “Open Multi-Cast Window” button in the top right hand corner of the screen.

There are no limits to the number of participants you can have in a casting session. You also don’t need to be in the same room as this works over the internet rather than on your local network.

Just Cast IT from TouchIT Technologies is available to all TouchIT Customers as a free download from the TouchIT App Store.