The Fastest Interactive Flat Panel Around

Do more with the Interactive Flat Panel than ever before, all without the need for a Computer.

The Next Generation of Interactive Flat Panel Displays

For the first time, your Interactive Flat Panel can replace your computer

Teachers want to do more with their Interactive Flat Panels. They don’t want to have to connect a computer, they want to do everything natively on the LED. For the first time with the TouchIT Rapide, this is possible. Our super-charged Android 8 Operating System is the fastest available on the market. Now, you can run all the Apps you need to replace your computer in the classroom. Don’t worry, it works with your Windows, MAC, Chrome or Linux computer too! 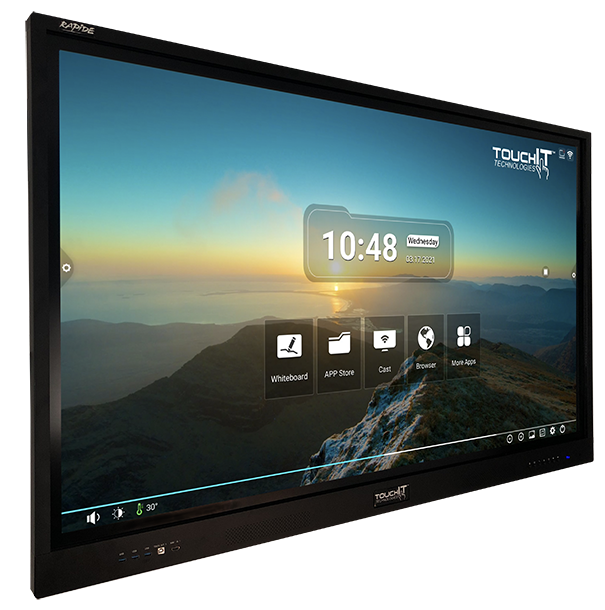 Total peace of mind with a 3 year onsite warranty (USA & Canada) for parts and labor.

Powerful front facing speakers fill your classroom with sound, direct from the LED.

Up to 40pt Multi-Touch – ideal for multi-zone gameification and cluster group learning activities.

Total peace of mind with a 3 year onsite warranty (USA & Canada) for parts and labor.

Cast your Student’s Screens from Chromebook, Laptops or PCs to the LED

Connect your whole class to the Interactive Flat Panel with no added cost. 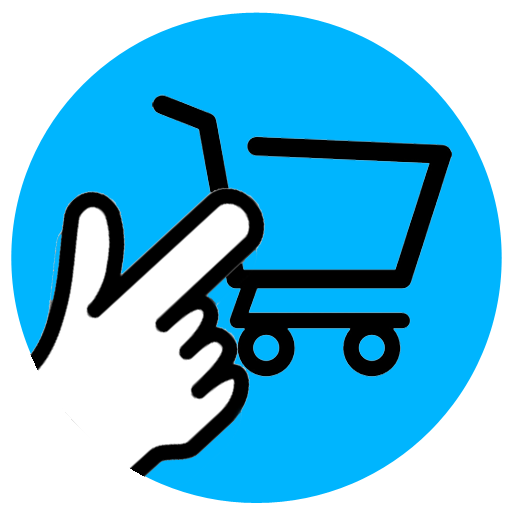 Access a multitude of content directly from the TouchIT App Store. All Apps are organized into categories. Looking for something in particular – then request an App! 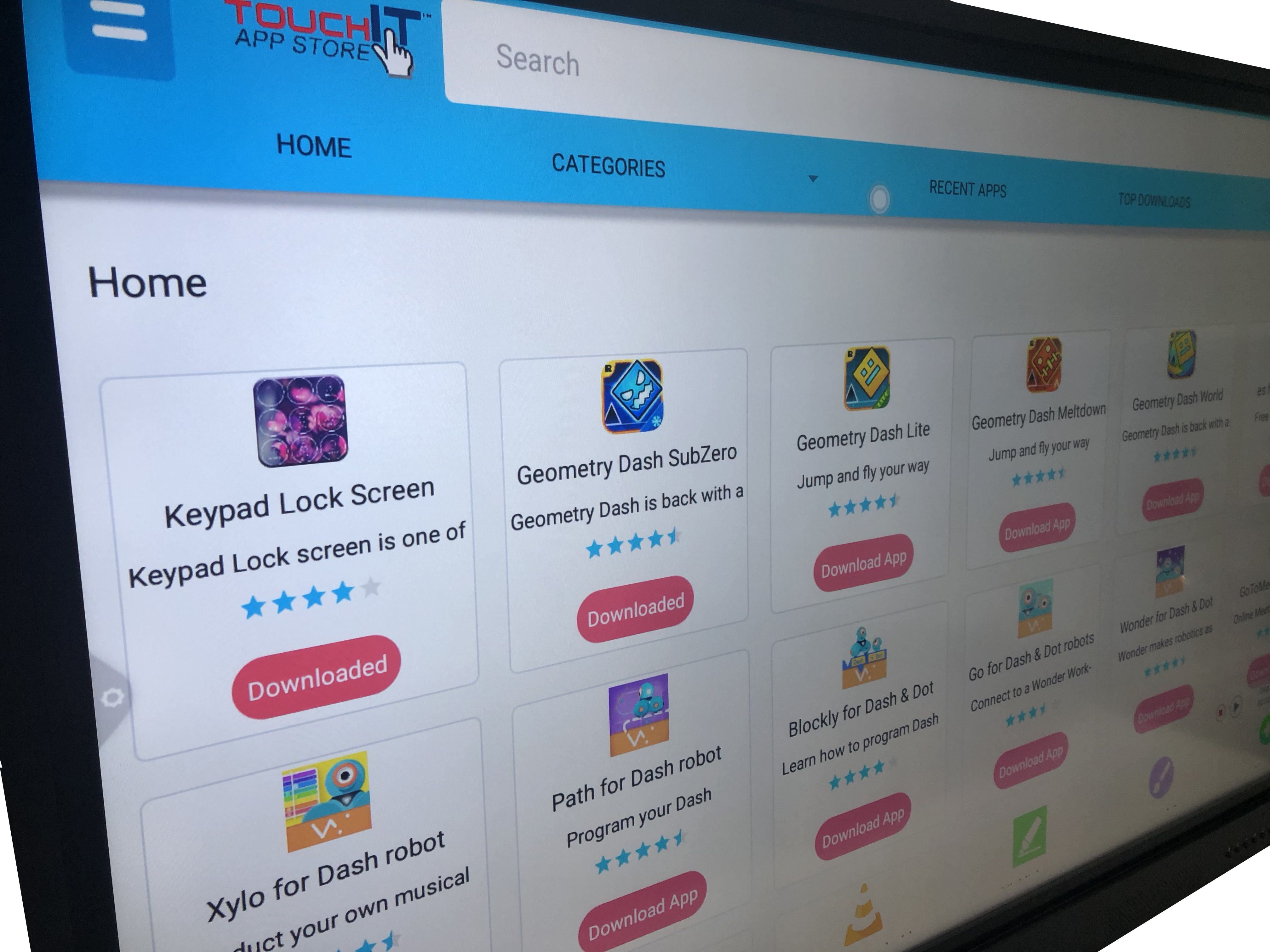 All Apps are content appropriate for the classroom. All Apps are also FREE to install on your TouchIT Rapide LED

Nobody wants to pay yearly for software! Check out Contribute Cloud. Collaborate, Cast, Multi-Cast, Gameification, Multi-Zones, all for FREE! 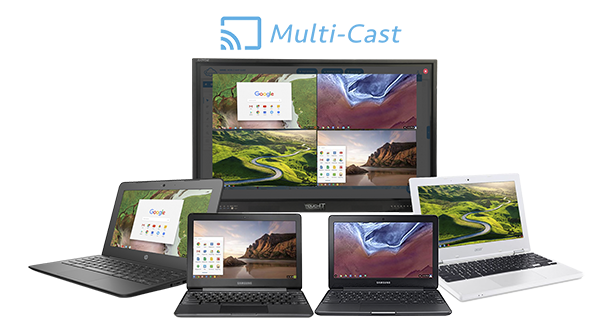 Designed for the classroom, you can create your lesson from multiple files types and sources, bring them into one place, then share your lesson with your entire class on any device that has a browser, even have your students cast. Simple, effective and FREE for all TouchIT Customers

Designed to be used with Chromebooks

If it has a browser, you can use it with Contribute Cloud

Send email invitations or join with a session ID

Send a teacher’s live video or screen to students 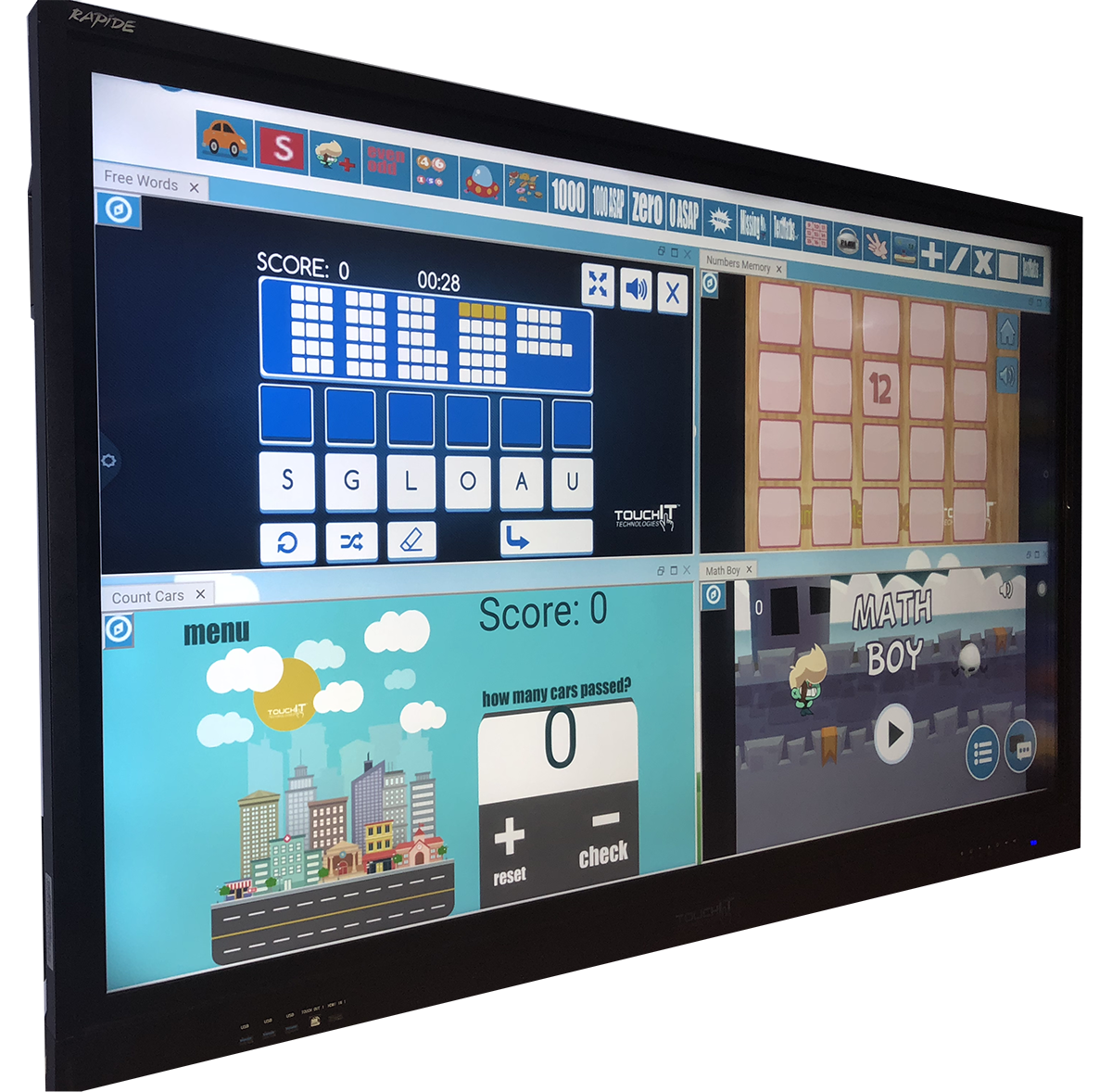 Over 40 Educational Games have been integrated into Contribute Cloud for use on the TouchIT Rapide LED. Split your Interactive Flat Panel into as many parts as you like to have multiple students at the LED at the same time.

JustCastIT allows users to seamlessly cast and multi-cast their computers up to the LED. Open the App on the LED, and head over to www.justcastit.com on the computers and you are ready to cast. 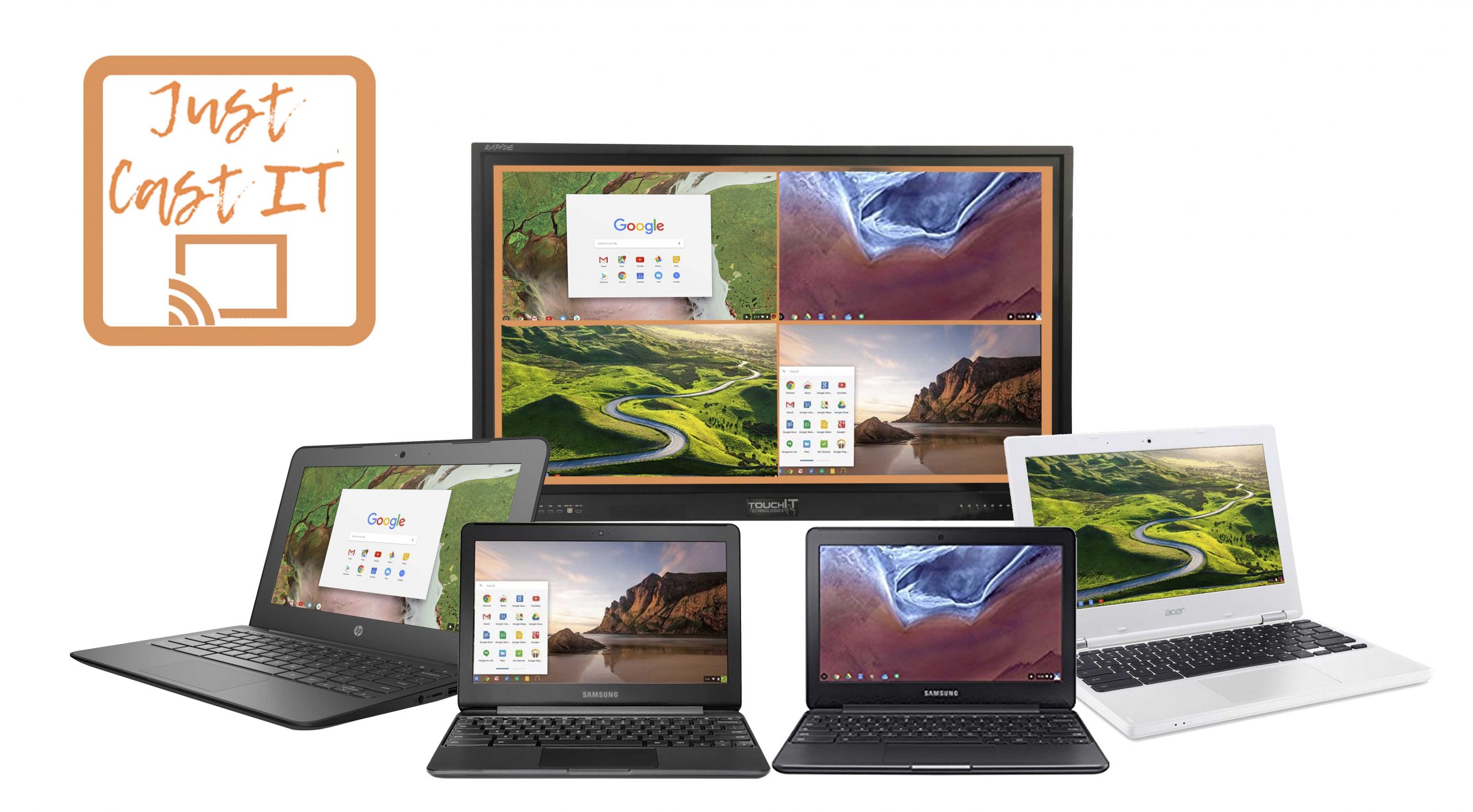 Why do I need these Interactive Displays?

The End of Interactive Whiteboards

Firstly, the projector. Even with the development of ultra short throw projectors, there was still a shadow on the screen. The image was not that bright with the low cost education orientated projectors, resolution was low and over time the image got gradually worse; duller and duller. The lamps would also blow periodically, filters needed changing  regularly meaning the actual cost to run and service the technology was high.

Then there was the dreaded drivers and calibration. Pretty much all of the Interactive Whiteboards on the market needed a driver of some form to be installed so that they could be used. This presented a challenge to the IT Departments of schools in that they needed to make sure they could roll this out to all of the teacher’s computers. It was a regular occurrence to hear “well I wanted to use the Smartboard but I didn’t have have the right drivers on my laptop” And finally, calibration. If the Interactive Whiteboard was knocked by a student with their bag, or the projector moved even ever so slightly, then the units needed to be re-calibrated; a daily task for most teachers.

Emergence of the Interactive Flat Panel

Most manufacturers like us in the industry knew that the future was the Interactive LED or Flat Panel. The main barrier to the emergence of the Interactive Flat Panel (IFP) in the market was the cost. As time went on, certainly over the last five years the prices have fallen to a level today that means the cost of an IPF is almost the same as an Interactive Whiteboard, Projector and Installation combination. This has prompted many manufacturers, us included, to discontinue our Interactive Whiteboards in favour of the flat panel technology. To give you an idea, when TouchIT Technologies launched its 82” LCD panel in 2011 it had an MSRP of $19K! Today, we have an 86” that you should pick up under $5K – quite a price difference! Im sure you are now thinking, well if I wait another few years, where will the prices go? The answer is even we as the manufacturer are not sure. We don’t benefit from the consumer market, so people that buy regular TVs as the sizes that we sell are far bigger than your average TV set. That means it is only Schools, Businesses and anyone else around the world that is buying an IFP is helming drive the cost down; there are few external factors, certainly where volume is concerned.

Interactive Flat Panels present a whole host of advantages over their predecessor. There is no shadow as the image is coming from the panel itself rather than a projector. There are no drivers needed for many of the IPFs on the market. The units are brighter, last for around 50 000 hours, have very few serviceable parts and to top it all off, most don’t need calibrating either. In short, the IFPs will last longer and ultimately have a lower cost of ownership than the IWBs that they are replacing. They are also much easier to install but we will address installation considerations later in the eBook.

When we founded the company back in 2008 we were still at a stage where the market, eg the Schools and Teachers were still getting to grips with the concept of what an Interactive Whiteboard actually was and what it could do. This was a totally different set of challenges and learning curves from those we have today. As the market has matured and we are now at a stage when the initial Interactive Whiteboards are out of warranty and are coming to the end of their serviceable lives. Schools and School Districts such as yourselves are looking to replace the technology with IFPs the direct replacement for the interactive whiteboard.

Putting new Interactive Whiteboards into the classroom doesn’t make sense as I mentioned earlier, most manufacturers are discontinuing the technology and more importantly, the IFPs offer a better solution at the same price with lower total cost of ownership. As I have already mentioned, replacing the Interactive Whiteboards with Interactive Flat Panels presents a whole new set of challenges so let’s take a look and delve deeper into the considerations  you will need to explore and decisions you will need to make.

Get in touch with us now!

What is onboard Android?

Onboard Android means that there is a built in Android Operating System on the IFP. This means that when you switch the IFP on without having any computer connected to it, you will be able to browse the web, run an annotation program and other Apps that are available for the Android OS.

The real advantage here is that there is no need for a computer to be connected to the screen. For sure this is not a replacement for having a Windows, MAC or Chrome OS machine connected to the screen as you can do so much more with them. But if you are just looking to visit a website or do some quick annotation, the onboard Android OS is great for this.

What you must ask yourself is “how am I going to use the Android OS”? You may think that this is an easy question and that you have a Samsung Galaxy Tablet or Phone and the IFP is just a larger version of that. With Android 8, for the first time on an interactive Flat Panel, this is actually the case..

That said, most IFPs that have onboard Android OS do not have access to the Google Play Store. The reason for this is that the Google License is incredibly expensive which if you are selling a few hundred thousand tablets it is worth the investment. For the IFP manufacturer, it is simply too costly. Therefore, you must check what the particular manufacturer is offering in terms of Apps.

Also, say you do have access to the Google Play Store for example, just because you can download and App, doesn’t mean that it is going to run well on the IFP. Resolutions are much different to Tablets and Cell Phones so the Apps themselves have to be able to cope with the change in resolution – many cant. With the millions of Apps that are available on Google Play, how can you ensure that only Applications that are suitable for your students are downloaded – very difficult to police. Also, whose Google account are you going to use to download the content from the Google Play Store? Whose credit card details are you going to add for paid content? All things that in a school environment are particularly difficult to put in place.

To give you any example of what TouchIT Technologies does, we have our own App Store that we launched over 2.5 years ago that is linked to our IFPs to give you access to Apps that are suitable and tested on our range.  All the Apps in our store are free as in a school, whose account are you going to connect to download a paid app – its simple, you’re simple not going to do it! In this way we will be able to offer tested, relevant, content safe Apps for our customers to download and use on their TouchIT IFP.

Without access to a store, the onboard Android will have very little value.

Accessories for your Interactive LED

Learn more about the accessories that can accompany your Interactive LED. 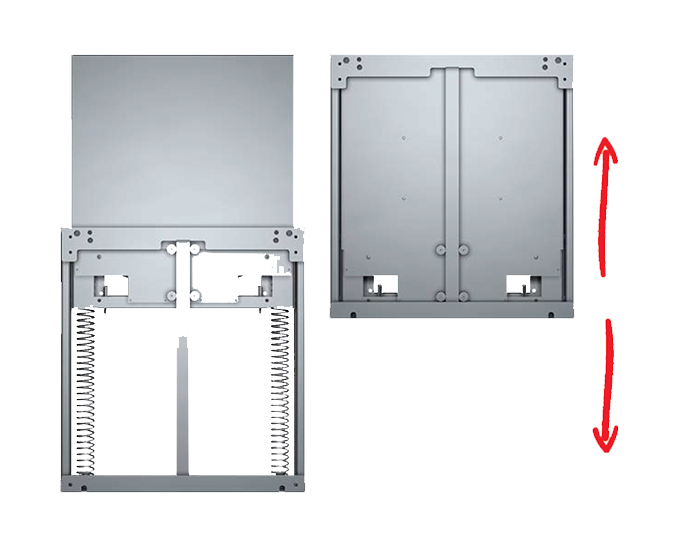 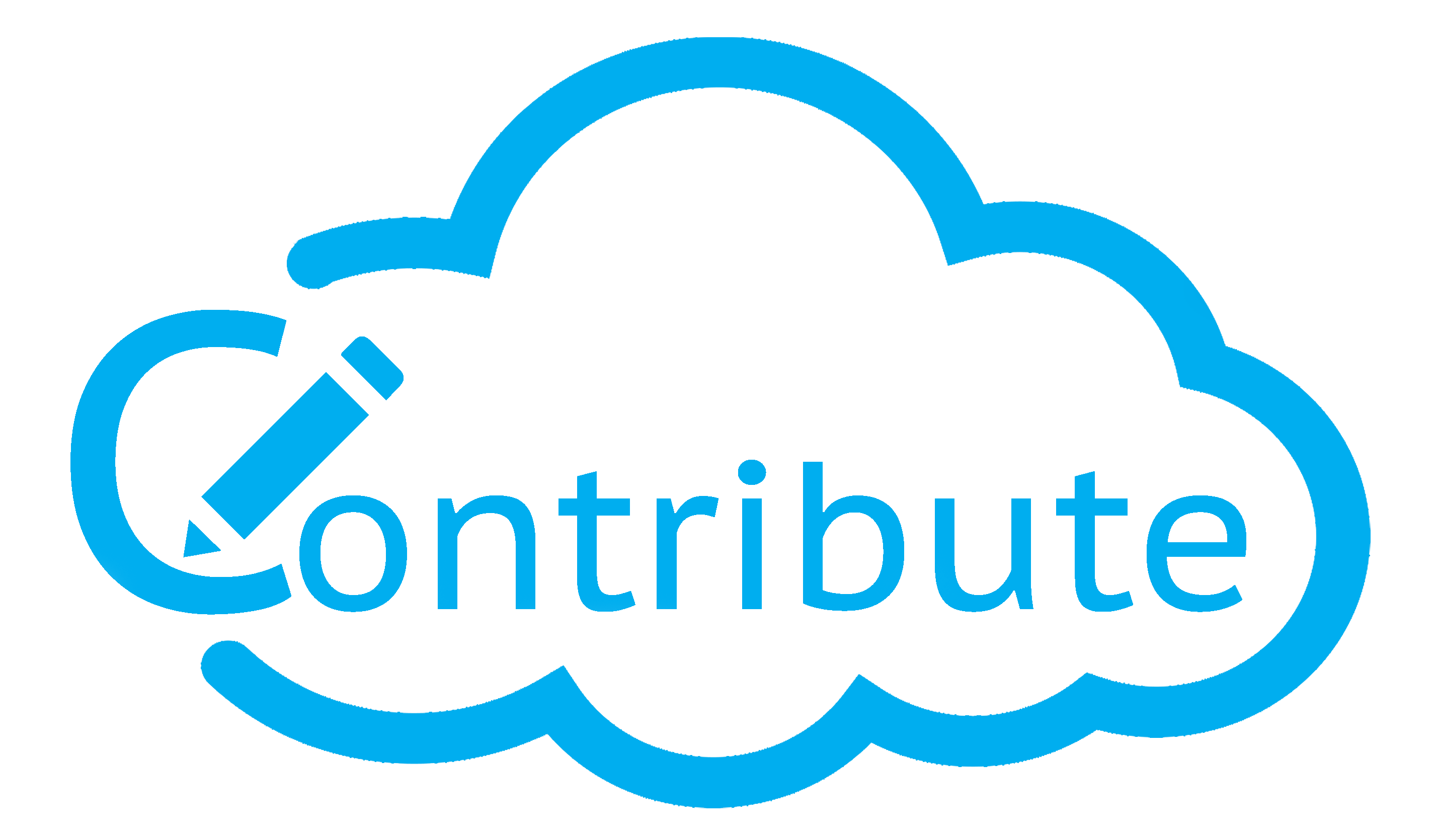 Downloads and Updates for our products

Learn how to get the most our of your TouchIT product.

Everything you need to know about our products.

Looking for a PDF Brochure?

If you are looking to partner with us to distribute or resell our products, please contact us for more information.

Become a Distribution or Reseller Partner